Ask us a Question

Enlarge
Option combinations may NOT reflect those shown in product photos. 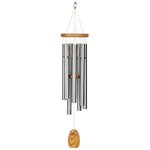 This product is expected to be delivered in approximately 1 week.


One Order = One Tree Planted
We are planting a new tree right here in America for every order placed. Click to learn more.
Recently Viewed Items
1/10/2023 11:34:16 PM